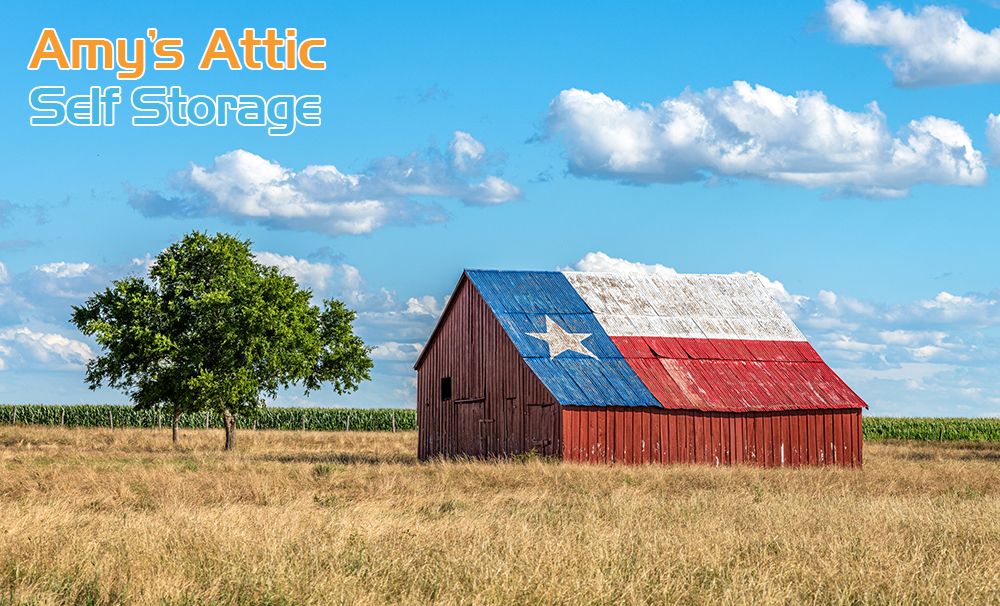 Back when Texas became the 28th state in 1845, the state began flourishing in building towns and establishing communities. While there were towns that turned into cities, there were also towns that turned into ghost towns. Given how wide the state of Texas runs, Central Texas began collecting a number of abandoned ghost towns. These once lively towns are now a part of history, leaving us with a piece of their story and a whole lot of mystery. So, let’s take a peek into the forgotten towns where time has been paused.

One of the most well-known ghost towns in Central Texas has to be the forgotten town of Thurber. Once known for being a mass producer of “black diamonds”, Thurber was a fast-growing town due to their supply of natural resources.  By the 1900s, Thurber was the leading coal producer in the state. This company-owned town was one of the first towns in Texas to have full electric services. Despite Thurbers seeming to have the blueprint to a successful town, due to an oil boom outside of Thurber things began to change. Once the locomotives switched from coal-fired engines to oil burners, Thurber’s coal supply was no longer in demand. Within 15 years and in the middle of the Great Depression, Thurber was abandoned. Without its resources, Thurber was no longer the prosperous town that everyone wanted to be a part of. Today, Thurber can be recognized by its signature red brick buildings which still remain empty. Check out the video here to see what the town looks like today.

Located just outside of Temple, The Grove was another town that was once flourishing due to its resources. From its establishment in the early 1870s, The Grove attracted farmers to contribute to the land and stock. The Grove’s success as a town was short-lived as the population began to rapidly decrease in the 1940s. This was a result of agriculture consolidating and the placement of Texas State Highway 36. Unlike other ghost towns, The Grove still has visitors throughout the year making it more like a historical town. Today, The Grove attracts visitors on the weekend to listen to live music and visit the historical museum. While The Grove once was a ghost town, today, it has been restored both with visitors and with jobs. Take a virtual tour of The Grove by watching the Youtube video linked.

While everyone knows that Baylor University is located in Waco, did you know that it was formally established as Baylor College in the town of Independence? Independence was once known for being an educational center and wealthy town. With two universities located in the town, people from all across the state came to Independence for their education. The town was originally founded in 1835 and maintained steady growth for fifty years. Around the 1880s, the city leaders refused to establish a Santa Fe Railroad line through Independence which started with their 100-year downfall. Since no convenient transportation methods were running through Independence, Baylor University moved its campus to Waco. The women’s college was transferred to Belton which is known today as the University of Mary Hardin-Baylor. Just over 100 years later, the population had dropped down to 140 residents. To this day, Independence has kept its historic buildings intact for tours and visitors. Four of the columns from the original Baylor campus still remain in this historic ghost town. Take a look at the old university ruins in this short YouTube video.

The town name, Indian Gap, was started by the settlers when they realized the Comanches raiding route was in between their gap. After settlement in 1857, a post office, church, school, store, and hotel were added to the town. While the town never quite reached the same level of popularity as other nearby towns, Indian Gap was still able to maintain their businesses and community into the 1900s. Unfortunately, as people either died or moved away, so did the businesses. In 1959, the Indian Gap school was closed down which is now torn down. Shortly after, the post office closed down which only sped up the decline of Indian Gap. As of 2010, Indian Gap had a recorded 27 residents. Today, visitors can pass through and see the remains of what once was a populous town. Check out the century old school remains in this YouTube video linked here.

Just like other ghost towns, Carlton had a promising start once settlement began in 1877. Being located near travel routes meant Carlton’s population would grow fast. Aside from its pristine location, people were drawn to its success in cotton production. Shortly after the settlement, churches, schools, and a newspaper were established in the town. From 1907 – 1910 the population grew from 150 to 750 residents. As time went on, so did the people. By 1980, the population was on a steady decline with only 70 residents left. Whether the town did not adapt to the rest of the societal changes or was stuck in an era of time, Carlton is now seen as a forgotten ghost town. Today, many buildings are still there but are left abandoned. A great quote from Ghost Towns of Texas’ YouTube video: “There are still sowing machines, threads, half finished projects…it almost looks like they left work one day and just never came back.”

If you find ghost towns and forgotten Texas history to be interesting, take a look at some of the resources below that helped us learn more about them.

Amy’s Attic Self Storage is proud to call Central Texas home. Unlike the “Wall Street” self storage facility chains (Public Storage, Extra Space Storage, U-Haul, CubeSmart, Life Storage, etc.), we are deeply invested in our community and love to celebrate what makes Central TX so special. With five locations throughout Central Texas, Amy’s Attic leads the way in both residential and business storage solutions. Our newest self storage facility just recently opened in Temple, Texas. If you are interested in renting a storage space or have any questions, then please visit our website at https://www.amysatticss.com. 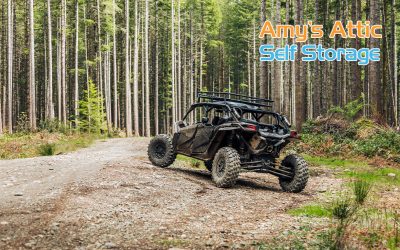 How to Store a Side-by-Side Vehicle

Even though side-by-side vehicles are designed to endure all-weather and all-terrain, that doesn’t mean they are... 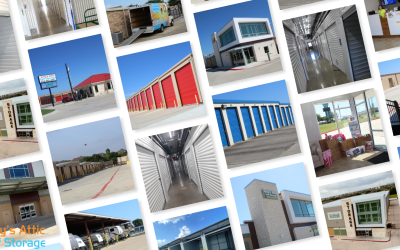 What is The Amy Way?

Experience all of our standout features…the Amy Way! Let’s find out more information on each of our features offered... 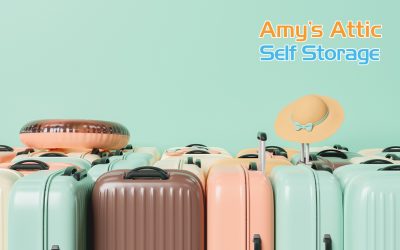 How to Store Suitcases and Luggage in a Storage Unit

Have you been traveling this summer? Are your unpacked suitcases and luggage sitting around in your bedroom or living...